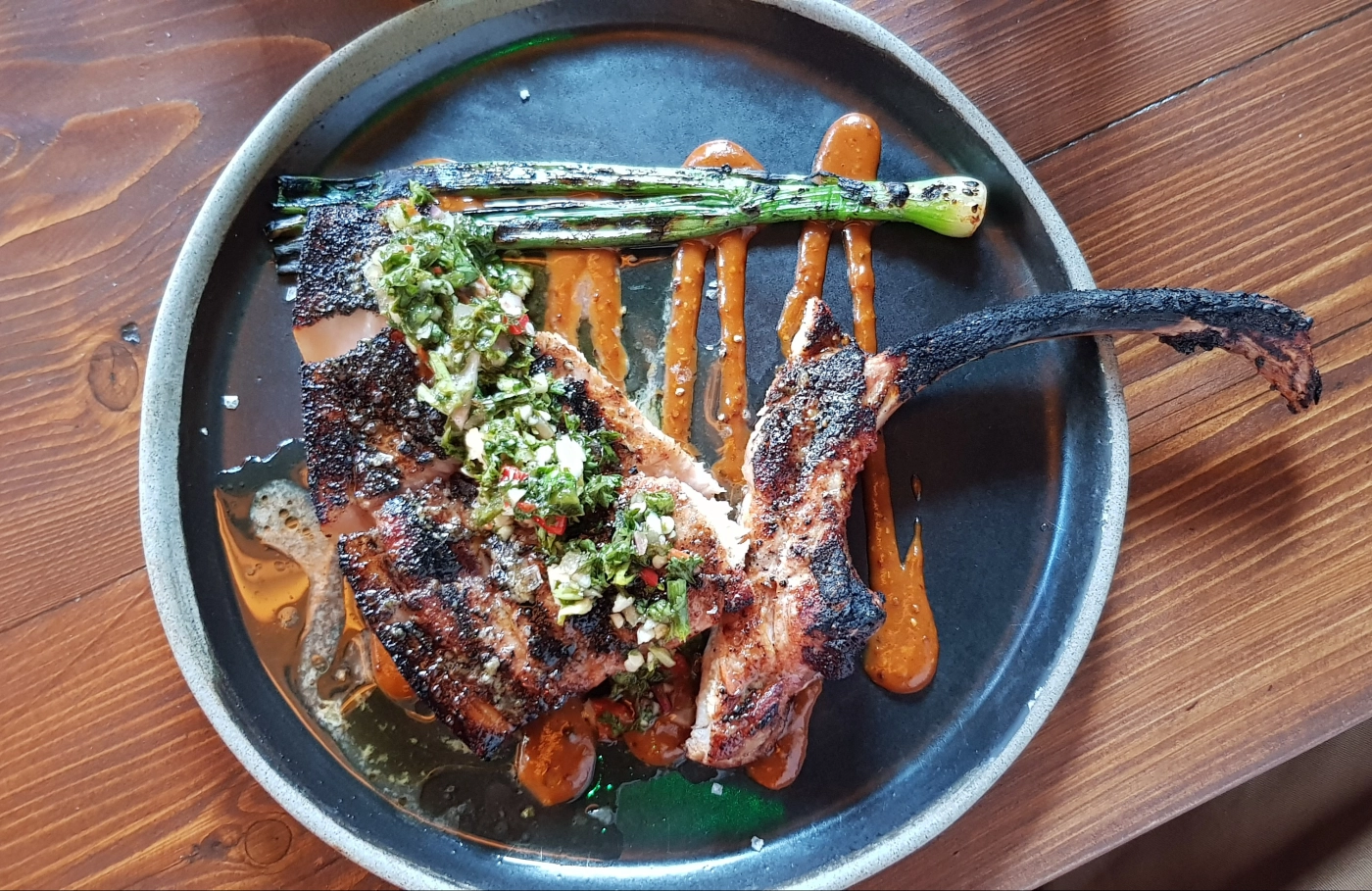 After a disappointing defeat at Chicago Rib Shack, we fancied some real meat, with a real bang for our pennies. It was a hot day too. So we went to Hotbox…

Made perfect sense at the time.

Or maybe the sun just got to our heads and we needed shade to dodge the blaze, we certainly got more than enough when we walked in, because this place was very black. Not that you can get blacker than black, I just really want to highlight the black. Picture a saloon in the Wild West painted all black: that was this place in a nutshell.

Hotbox didn’t lack class though and the menu looked great, hence the drive to come here (plus it was a 20 second walk from Rib Shack). The food choice boasted exciting dishes, clever concoctions and big chunks of smoked meats, which is exactly what we came for. As a bonus, I’ve always wanted to try a tomahawk steak, it’s a cool name, sounds like a weapon you can eat… So I ordered it.

While waiting, the ever-so-attentive waiters were punctual at reloading our glasses with water every 5 or so minutes – that’s called good customer service. They were also very friendly to talk to, keeping the atmosphere laidback like a speakeasy, serving food instead of liquor.

When the food arrived it was a pleasure to witness. Despite their carnal titles, everything was elegantly plated (on some badass cutlery too) and garnished to high standard, so I enjoyed my religious pictures-before-munch a little more than usual.

The brisket poutine was not the usual slap on cheese curds and gravy on chips, but a dream combo of posh parsley sprinkled on top of some very saucy relish and crisp fries. The finishing touch was the perfect pieces of fleshy beef brisket, being the meal’s succulently winning feature, like a supermodel’s signature pout. Poutine.

The St. Louis Pork ribs looked like they belonged to a Behemoth before slaughter, 500 gram slabs of bone sliding spare rib coated in hot scotch bonnet, but the spice didn’t blow your top off and didn’t interfere with the spare ribs porkish flavour. Make sure you have room in your gut and your heart for this one. You will love it.

Then came the Tomahawk chop – exciting times! And the verdict was well-shaped, well-done and lush meat garnished handsomely with vibrant chimichurri and a flavour boosting sauce. Not the juicy meat sweating beast I’d expected compared to a T-bone, but still a satisfactory dish.

Add the pounds of meat to the summer heat and I needed a cool down, so to finish I got myself an intriguing ice-cream trio of cornflake, banana and cashew and kraken rum flavours.

But I couldn’t taste anything. Apart from some banana and biscuit topping. To add insult to injury, they gave me a cup of chocolate sauce which completely destroyed the little flavour that remained, resulting in a dessert that you might have tried to invent when you were five. A strange ending to a great meal.

If Fred Flinstone time skipped to the 21st century, moved to London, reduced his meat intake and became a hipster. This would be his no.1 restaurant. It wouldn’t be mine, but the next time I crave classy hunks of animal flesh, I’m definitely coming back here. 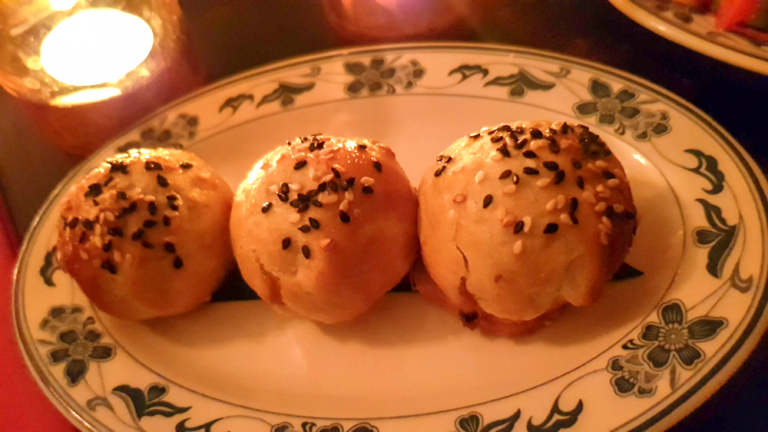 My favorite things in life don't cost any money. It's really clear that the most precious resource we all have is time.